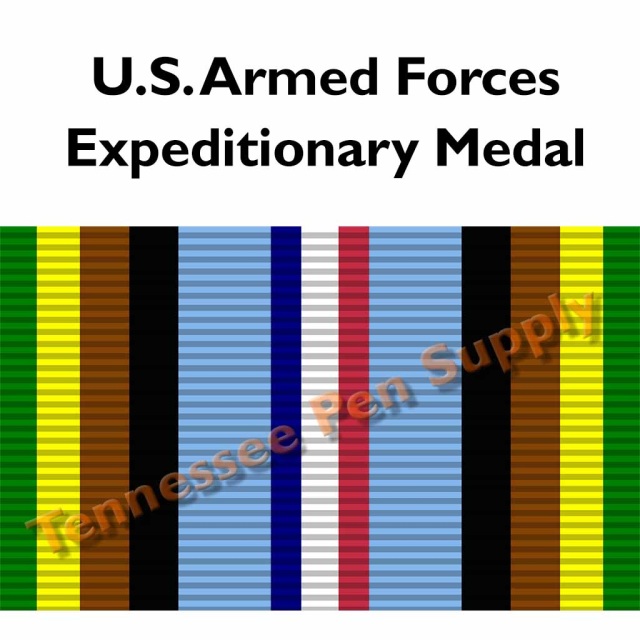 This pen blank is designed after the Armed Forces Expeditionary Medal which was created in 1961 by an Executive Order of President John Kennedy. It is awarded to members of the U.S. Armed Forces who participated in U.S. Military operations, U.S. operations in direct support of the United Nations, or U.S. operations of assistance for friendly foreign nations. These are cast for the Bolt Action, Sierra/Gatsby, and Vertex Click kits, but others can be cast, too. Also, names, dates of service, etc. can be added.

Notice: The use of a barrel trimmer is not recommended due to a much higher chance of chipping and catches that can damage the ends of the blank. This type of damage is not covered by a replacement warranty.

This not a completed pen. It is only the raw body so that you can make your own pens on a woodworking lathe.

Add to Cart
© COPYRIGHT 2016 BY ROBERT KULP
ALL RIGHTS RESERVED